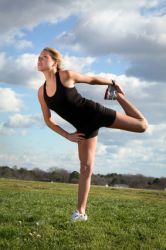 Does running make you smarter?

Professor Charles Hillman from the University of Illinois says it does. In his latest study, Cognition Following Acute Aerobic Exercise, it was proven that moderate exercise (30 minutes) results in 5-10% improvement in cognitive functions.

That discovery alone should be enough to convince you to keep running. But if you still need more reasons to motivate yourself, here are some very interesting facts about the mental benefits of running that tell you just how beneficial running is to your brain.

1. It sharpens your mental focus.

Cardio fanatics agree that aerobic workouts do help them focus better. Think of it as an attention deficit medication. Psychotherapist Alex Giorgio has worked with 10,000 people over a span of 15 years and according to him, approximately 60% of them had problems “paying attention.” Through his own extensive analysis, he found out that those who adhered to an aerobic exercise program were able to overcome such difficulty.

Moreover, according to Dr. John Ratey in his book “Spark – The Revolutionary New Science of Exercise and the Brain,” your focus improves for 2-3 hours after you exercise. Thus, exercising before you go to school or a meeting can help you perform better because it will help your brain work optimally.

If you’re having a hard time concentrating at work, try to run for at least 30 minutes before going to the office. You’ll notice a significant albeit positive change afterwards.

2. It gives your brain greater capacity for learning.

A brain molecule known as FNDC5 and its by-product Irisin become elevated through endurance exercise. When this happens, a person’s memory and learning abilities become enhanced. Irisin also promotes brain-derived neurotropic factor (BDNF) expression, which in turn stimulates neurons to grow and connect with other neurons. When your brain has a higher level of BDNF, it will have a greater capacity for learning.

Moreover, according to Dr. Bruce Spiegelman, a researcher at the Harvard Medical School and Dana-Farber Cancer Institute, irisin “controls a very important neuroprotective pathway in the brain” thereby protecting it against symptoms of certain neurological illnesses.

The Journal of the American College of Sports Medicine published an experiment conducted on 21 students from the University of Illinois who were asked to memorize a string of letters and then were subsequently required to pick these letters from a list shown to them. After doing so, they were required to do 1 of the following:

And afterwards, they needed to re-take the letter sequence test. It was found that the students who ran on a treadmill were more accurate and quicker in answering the test, as compared to those who just sat or lifted weights.

4. It increases the level of growth factors.

We’re not talking about stuff that make you grow taller. Growth factors are brain chemicals that help make new brain cells and enable them to create pathways so you can learn faster and better. One study made by German researchers found that high school students got better scores in academic tests after doing 10 minutes of rigorous physical activity compared to those who didn’t exercise at all.

In a study conducted by David Blanchette et al., which explored the possible effects of exercise (aerobic) on a person’s creativity, it was found that performing moderate aerobic exercise does, in fact, enhance creative potential. They further suggested, based on the findings of their study, that it had the greatest effect on creativity 2 hours after exercise.

But how exactly does running help improve creativity? According to Keith Sawyer, PhD., if you spend time doing activities such as walking or running, your mind gets freed up or is given a break, so that when you get back to your task (ie making a report), you’re likely to connect ideas that didn’t seem obvious before. When you work out, your body flushes out cortisol (stress hormone) and when that happens, you enable your brain to get your creative juices flowing.

6. It makes you more productive.

The International Journal of Workplace Health Management recently did a study about the effect of exercise on productivity and it was found that those who did aerobic exercises (like running) were on average, 23% more productive at work. Former Olympic triathlete Tim Weeks believes that the best productivity booster of all is a morning run. Here’s what he has to say about it: “Running acts as a catalyst to improve productivity. It pumps you up, it improves your confidence, it increases your capacity, it inspires creativity, and it builds momentum.”

Thus, if you’re feeling lethargic at work or if you feel like your brain’s not “functioning properly” heed Weeks’ advice and run at least 30 minutes several times a week.

7. It trains your brain to store more energy.

The Journal of Physiology published a study made by researchers in Japan showing how the brain’s tendency to “supercompensate” on glycogen within several hours following an intense exercise. The researchers made further studies following this finding, and they made another interesting discovery: the brain’s baseline glycogen levels increased with continued regular intensive training. And here’s the best thing about it: the higher your baseline glycogen level (in the brain), the better your cognitive function becomes.

Running promotes the release of endorphins, the feel-good chemicals in the brain. It also enhances the function of serotonin and norepinephrene, which are neurotransmitters that elevate your mood.

As you know, depression can have some very adverse affects on your brain. It reduces brain functions and impairs your memory. By running regularly, you can fight depression without having to resort to drugs like Zoloft, Prozac, and Lexapro. Besides, with exercise, the “treatment” is long-term minus the side effects, of course.

9. It helps your brain age slowly.

It’s a fact that our mental functions decrease as we grow older. This is because there is a decline in neurogenesis (the birth of neurons)  and the decrease in the size of the hippocampus (the area of the brain that’s responsible for learning and memory).

The good news is, you can slow down the aging process through running. In a comparative study made between middle aged athletes and non-athletes, it was found that the former had greater neural plasticity and metabolic efficiency.

In a separate study conducted in 1999 at the Gage Lab (Salk Institute), it was found that mice who exercised had 50% more new neurons than those who were sedentary. A 2005 study led by Dr. Henriette Van Praag further boosted their finding. The researchers found that not only do active mice have more new neurons, they also discovered that 50% of neurogenesis can be restored in these exercising mice.

A study done on laboratory mice showed an increase in brain size, specifically the midbrain (13% growth), after being subjected to constant running. What this finding suggests is that running may improve a person’s hearing and vision, which are controlled by the midbrain.

Apart from helping you store information better and retain memories, it has been found that running also helps prevent age-related dementia. Neurodegenerative diseases such as Alzheimer’s affect the brain’s hippocampus, which is responsible for consolidating new memories, navigation, emotional responses, and spatial orientation. When this happens, your ability to remember, analyze, and differentiate things also get affected.

A 2010 study on adult mice runners found that their brains were able to grow neurons, which contribute greatly in preventing and averting dementia.

12. It makes you more efficient.

Evidently, being able to run on a regular basis requires a lot of planning. It’s not easy setting aside 3 to 8 hours each week for running especially when you have a busy schedule. In a way, running teaches you to maximize your time so you’ll have enough time for work, home, yourself, and yes, running.

Science seems to agree with this notion. Running improves the functions of your frontal cortex, the part of the brain that is responsible for planning, organizing, juggling tasks, and so on. By enhancing its functions repeatedly, your ability to multi task also improves to a large degree.

13. It improves your ability to process information.

One of the very first studies that sought to prove the effect of exercise on brain performance was made in 1986. 30 women at Purdue University were required to exercise and the outcome was that they gained a 12-68% improvement in their ability to process information. They were able to think better and make sound decisions.

Several years later, a researcher named Wojtek Chodzko-Za also theorized that the effect of aerobic exercise is even more evident when you perform complex mental tasks, a process now referred to as executive control.

14. It exercises your brain.

When your brain is just idling away, cells rot and die due to inactivity. Exercising, on the other hand, keeps your brain busy and a study made by Canadian researchers from the University of Waterloo (Ontario) further prove this claim.

In their study, the researchers measured the cognitive functioning and energy expenditure of elderly individuals for 2-5 years. It was found that the effects of physical activity were remarkable as compared to sedentary participants who scored poorly on cognitive tests.

15. It enables you to think faster.

You may not realize it but running requires a whole lot of “action” in your brain. See, when you run, you need your feet and legs to move, which then requires your muscles to move. Your nerves in turn need to take control of your muscles, and this is only possible through signals sent and received in the brain. The brain sends messages concerning how fast you need to run, where you are going, where you are at the moment, and so on.

So as not to get into the rather complex details of how your brain works when you run, take a look at this study about place neurons and oscillations and how they relate to running. Basically, their findings prove that when you run fast, you also help your brain process information faster thus helping you become a quick-thinker. If reading that paper gives you a headache, this article explains it better.

People who are stressed easily feel tired and I’m sure you know how difficult it is to think properly when you are all stressed out. We also become forgetful, emotional, and moody.  Fortunately, running can help you beat stress and reduce mental fatigue. By simply going out for a run, you will feel so much better immediately after. And by running regularly, you can keep stress at bay for good so you can think better, keep your focus, and make sound decisions.

Exercise improves a person’s outlook, and the feel-good chemicals released in the brain after a rigorous physical activity makes him or her stress-proof. That’s why people generally feel better after a run. As a result, they are more capable of managing stress.

What we’ve learned so far is that exercise, particularly running, is good not only for the body, but also for the mind. When you run, oxygen gets carried to your brain more efficiently. This not only protects against loss of memory and frees you of stress, but also improves your capacity to remember and helps you learn better, improve your reasoning skills, and enable you to think faster.

It goes without saying that by exercising, you improve your overall mental fitness and give your brain a much-needed boost.  You’ll develop a more positive outlook, you’ll feel more confident, and you’ll enjoy life even more!

Evidently, running won’t make you as smart as Einstein but it’s definitely one of the best ways to improve not just your physical and emotional well-being but also your mental health.

So, let your brain work at optimum levels by keeping it in tip-top shape! Get moving. Go out and start running!

If you enjoyed this article, please don’t forget to share it! 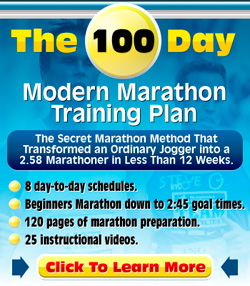